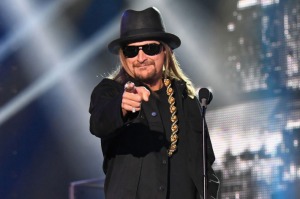 Obnoxious rap rocker, Somehow in the WWE Hall of Fame 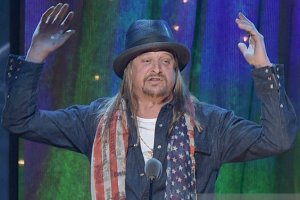 For anyone new to this blog, my disdain for the Celebrity Wing of the WWE Hall of Fame has been documented. The first Celebrity, Pete Rose, despite being an obvious marketing ploy, was acceptable as Rose played a role  at three Wrestlemanias (feuding with Kane) and “got it”, by playing a heel (a rarity for celebrities). WWE immediately showed they didn’t understand their own creation by including William Perry in 2006. Perry appeared once for WWE in a battle royal. Great…

While it appeared that WWE had realized their error by including Bob Uecker in 2010, in 2011, WWE confirmed their shortsightedness and general apathy toward fans of the WWE Hall of Fame with the inclusion of Drew Carey into the Celebrity Wing.

Since then the Celebrity wing has jumped back and forth still featuring mostly undeserving inclusions. Obvious welcome additions of Mike Tyson and Mr. T aside, the celebrity is the joke of each year. How bad can the choice be? In 2013, future president Donald Trump got in. In 2015, Arnold got in for appearing twice, 2016 gave us Snoop Dog, who despite being a fan, never actually appeared in an angle with the organization.

Now that we are all caught up on the ugh fest that is the Celebrity Wing, lets take a quick look at this years inclusion. WWE Hall of Famer- Kid Rock.

The celebrity criterion, as explained above, is already low- but Kid Rock? Kid Rock is the just as bad as Perry. Why, apart from marketing, is this man in the WWE Hall of Fame. What did Kid Rock bring to the WWE product? Kid Rock sang songs live for WWE. That is his only “contribution”.

Take a quick look at Kid Rock’s performance at Wrestlemania 25.  During said performance, the “divas” for the upcoming match played background prop. It was the height of the anti women’s revolution of the mid 2000s.

Did you know Sunny or Torrie Wilson were in that Battle Royal? Did you see they enter? No? Well, Kid Rock is the reason why.  Thanks Kid Rock.

Apart from periodic WWE concerts, which by the way are always terrible, Kid Rock also did the themes of 2000s American Badass Undertaker (See- worst version of Taker) and Stacey Kiebler.  So, there’s that.

According to WWE’s induction video (included below), Kid Rock has performed live not just once, not just twice but three separate times, each time taking time away from the performers that everyone actually cares about.  WOW, good job Kid Rock.

There is nothing else to say. Bad idea. Bad inductee. Let’s move on.

Wrestlemania’s theme this year is provided by Kid Rock.

Thanks Brand Ambassador, whatever that is.

EVERYONE. Theoretically, anyone who has ever appeared on a WWE screen. Adam Sandler for the time he sat in the stands. Jenny McCarthy for walking Shawn Michaels down the aisle, Micky Rourke for punching Chris Jericho, or Kim Kardashian for talking too much.

All of the reasons. Pick any. Any reason.

Jim Cornette below has a couple of his own. (including suggesting closing the Celebrity wing) 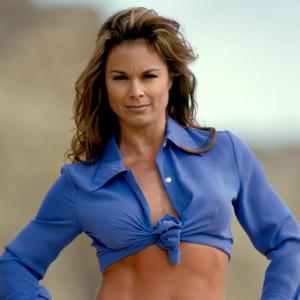 Holy moly, what are we doing here, WWE? Ivory?

WWE has a tendency to induct undeserving talents. Its a WWE staple. Almost each year has at least one head scratcher; one obvious misstep. Did the Bushwhackers belong in the Class of 2015 with Macho Man Randy Savage? Of course not. Should The Godfather have joined a class filled with legends like Sting, the Fabulous Freebirds and Stan Hansen? Nope. So does Ivory belong in this class with Goldberg, The Dudleys and Mark Henry?

WWE normally follows a pattern with their Hall of Fame inductees.  Each year includes a headliner, a sub-headliner, a tag team or faction, a female star, a person of color and unfortunately a celebrity. This pattern is a good jumping off point, but when used religiously, it gives us inductees like KoKo B. Ware and Ivory.

Here is a list of all of Ivory’s greatest matches in the WWE.

Ivory joined the WWE in 1999. She ironically debuted as fellow undeserving inductee,The Godfather’s ho, a great beginning for any superstar.

Ivory’s entire tenure in the WWE was during the height of the anti-women’s revolution of the early 2000s. She appeared in more bra and panties matches or 2 minute squash fests than anything spectacular or memorable. Ivory’s only really memorable moment was joining the Right to Censor, a stupid faction created to mock television censors (and again ironically with fellow ugh inductee, The Godfather, now named the Goodfather, whatever that means)

So, keeping in mind all that Ivory didn’t accomplish, why is Ivory being included in the WWE Hall of Fame? Like 90% of the celebrity inductees, Ivory is going in due to marketing. You see, Ivory is the only former GLOW, or Gorgeous Ladies of Wrestling performer to every perform for the WWE. And Netflix’s series came out in the last year, causing WWE to jump on the bandwagon. Good job WWE.

And as for Ivory’s character in GLOW- here it is.  Tina Ferrari- Hall of Famer.

Too bad we can’t fast forward live television. Her induction is going to be sad and annoying all at the same time.  This is for sure a poor poor choice. Very disappointing.

Netflix’s GLOW series. That is only reason.

Other undeserving female stars. Let’s say Jazz. Who is Jazz you may ask?

I love Hillbilly Jim’s theme. It is one of the best 80s themes. And it’s originally from WWE’s 1985 record The Wrestling Album, featuring the best “song” ever recorded…by a large group of wrestlers.  (And for those who do watch- Yes, that is Meatloaf.)

Like Dusty Rhodes’ Common Man or Pomp & Circumstance for the Macho Man, Jim’s song is so specific and so perfect for who he is, and that is great. Like most things Hillbilly Jim, his music is fun, memorable and makes you feel good in general.

Who can hate that smile

Yet an issue arises quite quickly, despite his affable nature and his memorable persona, does Hillbilly Jim belong in the WWE Hall of Fame?

Fans today have seemed to be split 70/30 in favor over Hillbilly Jim’s inclusion and I can see both sides.

On one hand, Hillbilly Jim is a company man, ala Blackjack Lanza, who has worked with and for the company since 1984, including today as a well-known ambassador. His wrestling career in WWE lasted 1984-1990, followed by his time managing the Godwinns to tag team gold. Longevity is reward-worthy.

Plus, Hillybilly Jim fits into the lovable WWF 80s babycategory which WWE loves to remember in the Hall.  Men like Hacksaw Jim Duggan, Jake Roberts and Big Bossman are in the hall for better or worse depending on preference. 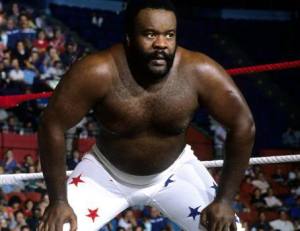 Whether they were good wrestlers, they were kid friendly fan favorites and WWE loves their beloved characters of the past.

One last point on Hillbilly Jim, he was the only Hulk Hogan’s Rock N Wrestling cartoon cast member missing from the WWE Hall of Fame. JYD,  Snuka, Santana, Hogan, Albano, Andre, Okerlund, Richter, Heenan, Mr. Fuji, Piper, Sheik, Volkoff , Moolah and Studd have all been in the WWE Hall of Fame for a decade. In fact many fans have commented today that they thought Hillbilly Jim was already in the hall.

I was under the impression Hillbilly Jim was already in the WWE Hall of Fame? What has taken so long? #WWEHOF

These are all good reasons to include Hillbilly Jim in the Hall of Fame, and why I rated him as high as I did.

The counter to everything I listed above is the following list of all of Hillbilly Jim’s achievements in the wrestling ring.

Hillbilly Jim’s greatest run was his teamups with Hulk Hogan. He was “trained” by Hogan and played the role of “little buddy” for Hogan, a role both Tugboat and Brutus Beefcake would take on at different points. The videos and sequences were a example of what would eventually become WWE’s “comedy”.

But once you pass this point, Jim did absolutely nothing of note in the ring.

His biggest feud of memory was with King Kong Bundy and midgets.  (Bundy isn’t in the Hall of Fame BTW)

He also introduced to the world Uncle Elmer, a fat man who couldn’t wrestle, let alone dance.  The Hillbilly clan was on par with Doink and Dink in its groan inducing segments.

A majority of fans criticize Koko B. Ware and the Bushwhackers (god knows I did) for just not deserving the honor. So does Hillbilly Jim fit in same category as the these obvious awful inclusions?

I’d say no. The biggest difference is his time period. Jim was part of the organization during the boom of the WWF Golden Era. He was just as much a part of it as Piper, Hogan and JYD (although obviously the lower mid card part) Plus his inclusion in the Hulk Hogan Rock N Wrestling Show put him on a much bigger platform than Ware or the Bushwhackers ever reached. I’m okay with this one.

WWE loves their feel good inductees and they love to reward company men. Teddy Long in 2017 fit into both of those categories. Hillbilly Jim does this year. We will have to wait and see if Jim is an easy replacement for a planned name (such as Kid Rock) who fell through.

No Marc Mero, never you.

This will be the only Hall of Fame Hillbilly Jim will ever be in. He has literally no wrestling credentials.