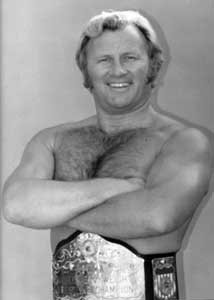 What a year 2015 has been. We’ve lost 4 WWE Hall of Famers, all of different ages, generations and all tragic in their own ways.

We started with Verne Gagne, who was suffering from dementia and Alzheimers (We all remember his inculpable killing of a 99 year old man with a throat choke a few years back)

Dusty Rhodes then tragically and surprisingly passed away at 69. His loss will be felt and reverberate through all the future generations of NXT talent.

Roddy Piper was somehow next. At the still young age of 61 (not in wrestling terms, but in real life terms) Piper succumbed to heart disease, something which plagued athletes, wrestlers and anyone who over extends themselves to that degree.

And finally and most recently we lost, Nick Bockwinkel. Bockwinkel might be the least known to the average viewer of the greats we lost this year. Yet, his presence and historical significance is unmatched.

Here is an article I wrote about Nick two years ago.

Bockwinkel will always stand as just as good, or if not even a little better than Ric Flair. If he had been 10 years younger, he could have and probably would have been Ric Flair. He had the ability. the charisma and the just over all talent to do it.

This one, like all the rest, are really bummers.

One thought on “WWE Hall of Famer Nick Bockwinkel Passes Away: Its Been A Hard Year for Hall Of Fame Losses”