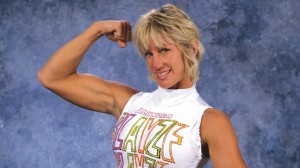 Once again, hell has frozen over. WWE has welcomed one of their many former “persona non gratis” into the WWE Hall of Fame. Ladies and Gentlemen, here is Madusa….

…..Or Alundra Blayze. For our purposes, I shall refer Debra Micelli by her more well-known ring name, Madusa. In her career, spanning from 1984-2001, she was known as Madusa Micelli (or Made in the USA Micelli) for the entire time except for 1993-1995 while in WWE. Alundra Blayze going into the WWE Hall of Fame is another example of WWEizing a wrestler’s career (see Hacksaw Jim Duggan or  Razor Ramon); Annoying, but too be expected.

Madusa’s inclusion is a welcome sight. For the last few years, WWE seemed to follow a pattern in its inductions. We’d have a headliner, another from that Wrestlemania’s location, a minority wrestler, a celebrity and a woman. Recent female inductions included Trish Stratus (who was well deserved if not a little early) and Lita (who sucks). Earlier in the year, rumors suggested that either Mickie James or Victoria would be the Diva (HATE THAT WORD) inductee. While neither would be a terrible choice, both would be frustrating. Mickie James isn’t even technically retired and Victoria has only been for less than two years.

My issue with Lita and Stratus going in the last two classes is that their inclusion  overlooked an entire period of female wrestling. Excluding Sunny, who never wrestled, there were no major 90s female wrestlers in the Hall of Fame. Former champions like Sable, Jacqueline, Chyna, Bull Nakano and Alundra Blayze had passed up for  Lita & Stratus. While it will be argued that Stratus especially was more deserving than some on the above list, it felt a slight to all of those women who had been retired for many years. Simply put, Stratus & Lita went in first because they were on good terms with the WWE. It’s why Rikishi is going in and why the Bushwhackers are in before Demolition and Rick Rude. WWE prefers to induct those who still like WWE and just say “YES” for the 5,000 dollars and once last chance at the spotlight. 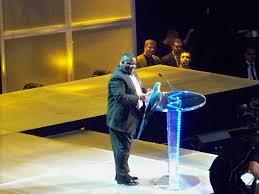 Looking at you Koko!

Madusa was not one of those types of talents. She was not ever welcome back after the close of WCW and it all stemmed from this:

Madusa trashing the WWF Women’s Title in 1995 is one of the most played moments of the Monday Night Wars. It has come to represent the battle between WCW and WWF as powerfully as DX on the tank at the WCW event in 1998. The idea was Eric Bischoff’s brain child. His statement here was “We are better than you, we take your champions…” ; a sentiment which benefited WCW alot and Madusa very little.

In fact, this one moment in 1995  effectively ended Madusa’s career. As WCW was being purchased in 2001, Madusa quit the company and promptly retired. She knew full well that she would never be welcomed into the WWE again. That bridge had been burned. And up until this induction, there has been no appearance or mention of Madusa or Alundra Blayze.

Apart from her being infamous, Madusa is known as being a wrestler. Most women today would barely meet that criterion. From Alicia Fox, to Naomi and  The Bellas, most “Diva” performers are either former models and generally just not very good. AJ Lee is one major exception (and a lot of girls on NXT). That’s why when asked about Madusa’s induction, AJ said:

AJ makes a great point. Madusa knew how to wrestle. She was a female wrestler, a thing which the WWE generally doesn’t know what to do with. Don’t believe me? Here is one of the roughly fifty videos on botches done by WWE’s Divas division.

Enough Diva bashing, let’s get back to the inductee at hand. Madusa has some legit credits. Madusa began her career in 1984 after being trained by Eddie Sharkey. This is no small point. Sharkey is considered to be the Trainer of Champions. He trained many well-known amazing talents including Rick Rude, Smash, The Road Warriors, Tom Zenk and many more.

Look into my cold dead eyes.

This is proof positive of Madusa’s skill set. Her first fore into wrestling was in the AWA from 1986-1989, during its death knell period. Regardless of how terrible business was, Verne Gagne knew talent and generally only associated himself with those who could go. Madusa had feuds with not only great Japanese wrestlers but with Sherri Martel and Wendi Richter in the AWA. These were real feuds and legitimate matches, something which didn’t exist in the WWE at the time. Madusa was a real women’s woman, tough and talented.

After a brief period in WCW in the early 1990s, where she was mostly used as a valet, Madusa joined the WWF in 1993. She was brought in under the moniker of Alundra Blayze. The story behind the name change is that Vince McMahon didn’t want Micelli to go by Madusa, a name copyrighted by Micelli. For those who complain about Kevin Steen becoming Kevin Owens or Kenta becoming Hideo Itami, this has been going on for a looooong time. Vince wants to own all the names of his talent.

Blayze was brought in to revitalize the Women’s Division in WWF. Their title had become vacant and unused since 1990, when the organization realized that no one cared. Rockin Robin was the last champion, whose great Wrestlemania moment was singing the National Anthem.,..poorly.

Madusa…err…Blayze won the tournament in 1993 to claim the title she later threw in the trash. And although she could wrestle and had great potential, she was hurt by the lack of a women’s division. Every opponent brought in to the WWF for Blayze was there for a short period of time and eventually left. The greatest feuds Blayze had were with Bull Nakano (hopefully Future Hall of Famer) and Bertha Faye.

Blayze even had one Wrestlemania match against former champion and winner of today’s “Who the hell is that Award”, Lelani Kai.

Unfortunately for her, Blayze came up upon the same problem which has plagued most generations of female performers in WWE; The organization doesn’t care about them. Women’s wrestling has been and still is even today treated as a side-show, a bathroom break and generally uninspired and uninteresting. Blayze’s time with the WWF/WWE was no different, and so when offered a hefty sum to go to WCW, she left and took the title with her.

After the famous title incident, Madusa stayed with WCW for many years, floating from valet to wrestler, even winning the WCW Cruiserweight Championship for a short time. Her career is a good example of someone who almost reached superstar status. She was almost there often. She likely could have been a bigger star, if the bookers cared about Women’s wrestling. Still, comparatively to other women wrestlers, a deserving Hall of Fame inductee.

Plus she now races cars and drives monster trucks. She could kick all our asses!

WWE likes their Hall of Fame pattern, which calls for a female wrestler. Likely, they approached Madusa last year, and she was amenable. Like Wendi Richter in 2010, it will be a time for Madusa to say goodbye and thank you to her fans.