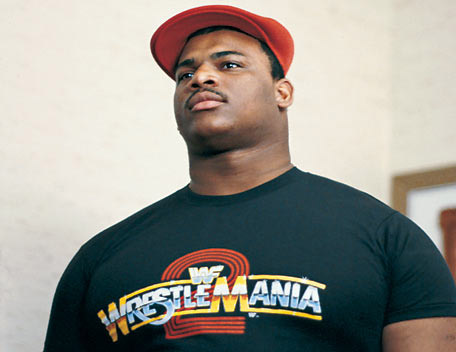 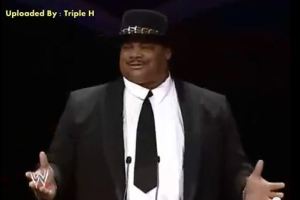 The Celebrity Wing is a joke. I have mentioned this fact over and over again while covering these inductees. Ninety-five percent of people (made up stastic), agree that celebrities are at least extranious and at most offensive to the most presitgious (for its WWE pedistal alone) professional wrestling Hall of Fame. Maurice D. Proffitt on Rant Sports recently wrote an article which summarizes why this concept should just end.

William “The Refriegerator” Perry is the second worst inductee is history. Drew Carey is the worst. He is also a grand example of why celebrities shouldn’t be included and is also the inherent problem with the WWE Hall of Fame in general.

Up until recently, anyone could be inducted in the Hall. The bar was set extremely low. Many of the hardcore fans followed up by dismissing the Hall as a joke and something to be ignored. Too many classes had amazing uppercards and catospheres of undercard inductees. I blame 2006 with Tony Atlas and William Perry for the pattern which emerged. Drew Carey? Oh that’s Perry’s fault.

But James, How is that Perry’s fault?

Easy. William Perry competed once for the WWE. He participated in the Wrestlemania 2 Chicago semi-main event (remember the three venue Wrestlemania 2? Passionate Overkill) He and five other football players competed in the battle royal with such legends as Sammartino, Morales and Andre. William Perry was the most well known of all the football players. The others were just you know, random football players. These men were brought in to allow Perry to participate (and perhaps coax him) Does anyone really remember who Bill Frolic or Harvey Martin are? 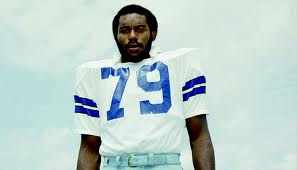 Bet you can’t tell me which one this is without using google!

Perry would need to be coaxed because his and all the players invovlement was a stunt. Stunts are WWE’s specilaity. Almost all the celebrity involvment in WWE is done by non fans who are advertising something (Drew Carey’s Improv Extravanganza!) or showing off (Floyd Mayweather). Perry falls into the second category as well. He did this cause some advisor said to and he was paid a lot. He had just won the SuperBowl with the Chicago Bears and was as famous as a football player was going to get. Milk that fame time!

So he participates in the battle royal. The WWE advertised the hell outta it. And Perry doesn’t even win. He doesn’t even get close. He wasn’t even the last football player (Russ Francis was) He particpated. Plain and simple. BTW, my favorite moment of the battle royal is when Perry jumps off the top rope and Gene Okerlund jumps up and down as if Perry created a wave of energy. None of the wrestlers do this, making Gene look stupid. WWE defintately got better at this stuff as they went on. By the way all of Perry’s involvement fits on this one video below. All of it.

The fight starts and eventually, Perry fights Big John Studd. Studd pushes Perry and eliminates him. What an exciting end.

But Perry isn’t finished. He must avenge himself. So he turns heel and holds out his hand. At this point, Studd greated by the Heel power of Perry, immediately turns baby-face and falls for it. Studd is pulled out by Perry. Wrestlemania moment or something. 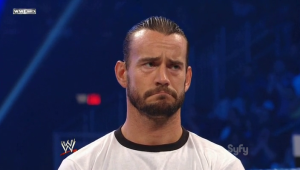 Can I be in the Cubs Hall of Fame?

The induction itself was mostly not about Perry. Cena and HHH used it to continue their kayfabe feud at a non kayfabe event (Something WWE did for a little bit, annoyingly). The induction speech was ridiculous, and Perry obviously was uncomfortable (as by the way all celebrity inductees seem, gee I wonder if they are out of place?)

And so ends Perry’s involvement. He did the thing WWE wanted. He got attention. Congrats William Perry, you ruined everything. 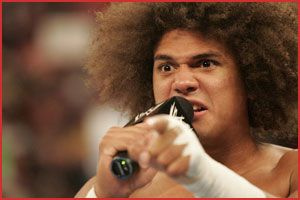 2006 was in Chicago. This was the first year that WWE began using the area they were in to define the class. Sometimes this works (Gordon Solie in Flordia) and in other cases such as Perry’s it doesn’t.

I imagine the discussion between Vince McMahon and Johnny Ace went like this. 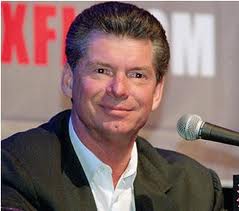 I want a celebrity this year! 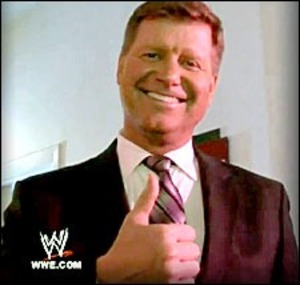 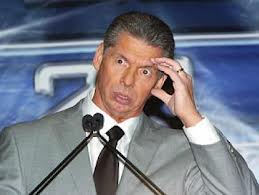 I don’t know. Who is from Chicago that has done something with us? 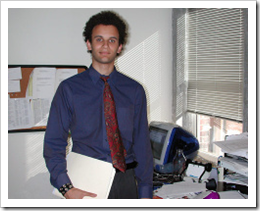 Uh…didn’t the Fridge do that battle royal with Andre 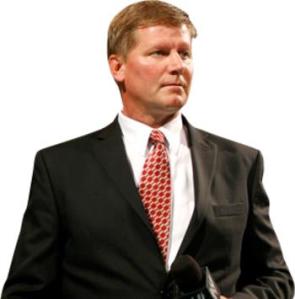 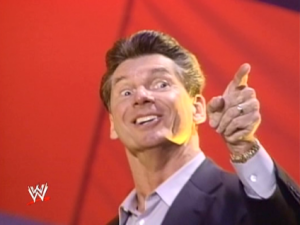 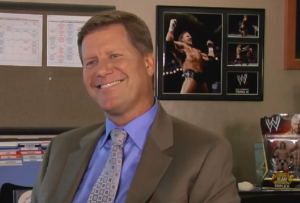 Drew Carey. The worst inductee ever. Carey was Perry but in the Royal Rumble and not at Wrestlemania. If the WWE were to continue this pattern, Snooki would be in by 2020.

He doesn’t belong. Oh and he doesn’t even know or care about the product and just probably did the induction for the payday. All these reasons. Yup.

2 thoughts on “WWE Hall of Fame Class of 2006: William “The Refrigerator” Perry”